Recognized for expressive singing and inspired programs, Magnum Chorum brings transforming artistry and spirit to a cappella choral music. Founded in the choral tradition of St. Olaf College in 1991, the 60-voice choir presents colorful concerts, commissions and premieres new sacred works, and provides music for worship. The choir also reaches out to under-served communities to offer a message of hope and faith and build community through fellowship and choral music. Magnum Chorum serves as Choir in Residence at Westwood Lutheran Church in St. Louis Park, Minnesota.

The ensemble has been featured at regional and national conferences of the American Choral Directors Association, Chorus America, American Guild of Organists, American Hymn Society and College Music Society. In 2017, Magnum Chorum performed in the premiere of the Raymond W. Brock commission with the Minnesota Chorale, Homing by composer J.A.C. Redford, at the 2017 National ACDA Conference in Minneapolis under the direction of Robert Spano.

The choir’s recordings are broadcast in the U.S. and Canada on public radio and classical music stations. The name, Magnum Chorum, is intended to convey the importance of the choir in expressing the divine and the infinite through voice, music, and text. 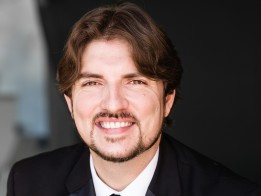